Janos had a rough day. He was having a bad headache, and felt that he would throw up any time. He was getting sicker in the course of the day, and around 5pm he felt he couldn’t ride on, got off the bike and laid down to rest.

Ryan and Peter continued riding for a while. (Ryan is one of the two bicyclists who have often joined the brothers since Virginia. See comment on day #59. The three young men have been riding together for a few days now.) Janos was sitting next to the highway, 30 miles from any populated area, he was sick and he wasn’t sure how far his brother and friend were. He didn’t want to keep them up by asking them to wait – he was planning to catch up with them tomorrow.

Finally he was able to drowse for about half an hour. When he woke up he felt somewhat better – and he saw Ryan, who had come back for him. It turned out that they were only one mile ahead, at the top of the mountain. They waited for a good hour, then Ryan decided to turn back for Janos. He removed all the gear from his bike to make it lighter. He encouraged Janos to ride on, and offered to switch bikes so that Janos could ride without carrying all the weight. Janos only gave his front pannier (saddle bag), and he said even that made a difference. On the top of the mountain Janos rested some more, then they all rode downhill for 10 miles, and another 10 miles on flat terrain.

Strong headwind, quite hot temperature, and a view that is just like yesterday – this is all Janos and Peter could tell about. 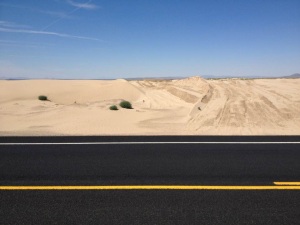 The only thing worth mentioning, they said, happened as they were settling down for the night. They saw a house far from the road and asked the owner for permission to spend the night on his land. As they were putting up the tent, the neighbor’s bull got interested in checking out the visitors, and started coming towards them. The boys’ host came out, sat on his tractor and chased away the bull, while shouting at him. The brothers were probably in no danger, but the owner of the property wanted to make sure the bull stays far away from his guests.

“You could use yesterday’s pictures again, because everything looks just the same.”

Peter pointed out, that while the blog shows that they have crossed 12 states so far during their journey, it actually should be 13. New York, New Jersey, Pennsylvania, Maryland, Virginia, Kentucky, Indiana, Illinois, Missouri, Kansas, Colorado, Utah and Nevada. It is 13. A few minutes of searching revealed that the mistake was made back on day #12. 54 posts to update…

The day was uneventful, except of a 7-mile section where they had to ride on gravel road, uphill, due to construction. 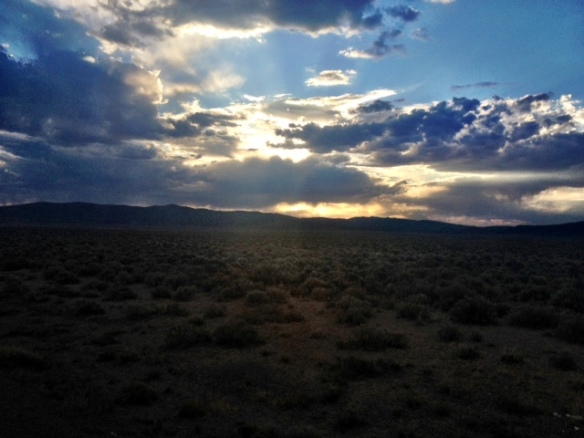 The title tells a lot. While during the day the brothers crossed a significant town, Ely, their day started and ended in similar settings: in the middle of nowhere. Or, as another language puts it, behind God’s back. 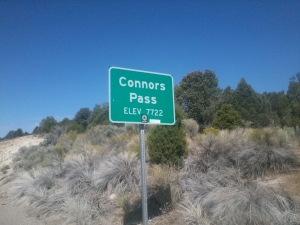 Today Peter and Janos rode what was the hardest climb in Nevada, once again up at almost 8000 feet (2438 m). Later as they turned to the North, what was yesterday an annoying and tiring headwind, became a friendly tailwind, and made their riding more enjoyable.

Tonight the boys made sure they have closed the tent’s zippers tight, as they had seen and heard rattlesnakes during the day.

Overall progress has been updated. Please click on the menu.

The brothers experienced steep terrain and strong headwind today. They had to pedal hard even when riding downhill. After dinner, they just put up their tent behind the restaurant. 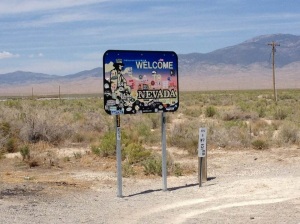 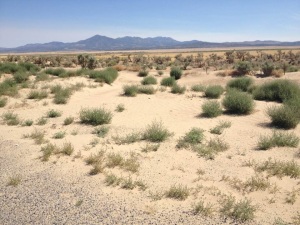 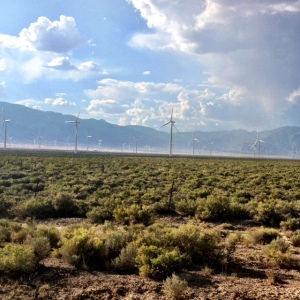 The Brothers arrived in Nevada. This also means they are in the Pacific Time Zone.

Today they started very early, at 5:30 (MT). An hour later the Spot device (that provides the Current Position messages) reached being on for 24 hours, and automatically turned off. When this happens, we just send a text message reminder, and the boys soon turn it on. But since last night they were not able to charge the phones, the boys kept them turned off all until they reached their destination for the day.

Early afternoon we got a message, that they rode 65 miles, reached Border, Nevada, and now call it a day.

Looking at the map below, Border is not really a town, there is nothing else than a motel here. It actually belongs to Baker, NV, although the town is 11 miles from here.

We tried to call each other in the evening, without success.

We had very little communication with the boys today. Only a few short text messages.

– Any interesting stuff for the blog?   – Route 50 is “America’s Loneliest Road”

We attach a picture we received yesterday. 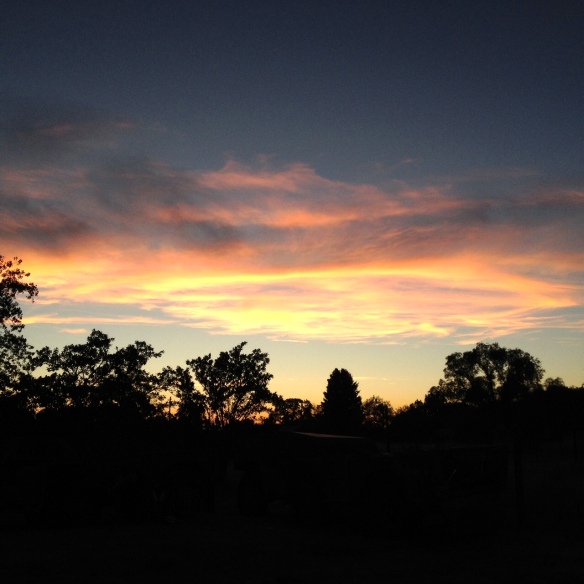 Riding an average of 50 miles (80 km) every day for 11 weeks requires persistence, endurance and a lot of energy – which means good nutrition. Unfortunately it’s really hard to get good nutritious food while on the road. The brothers get most of their meals in fast food restaurants or at gas stations. (They had to get rid of the small camp stove and the dishes when they switched the trailers to the front bags.) We are not worried about the calories because they work those off anyway, but the quality of their diet during this journey is questionable. Subway is one of their better choices, and having pizza is the closest they get to a real home-cooked meal, but these are not always available. Peter has been a vegetarian for ten years (eats eggs and dairy), and his choices at a fast food restaurant are very limited. He is a good example though, that one can be strong and healthy without eating meat.

Recently, for 2 1/2 days, the boys had to rely on the food that they were carrying with them, which were mostly cereal bars and power bars. These don’t take much space and don’t get spoiled. They said that after 106 miles (171 km), when they reached the next store, their energy had been drained because of the lack of nutrition in their food.

They spend the night behind a volunteer fire department.

It has been two months, that Peter and Janos started their cross-country journey on June 1st, 2012. 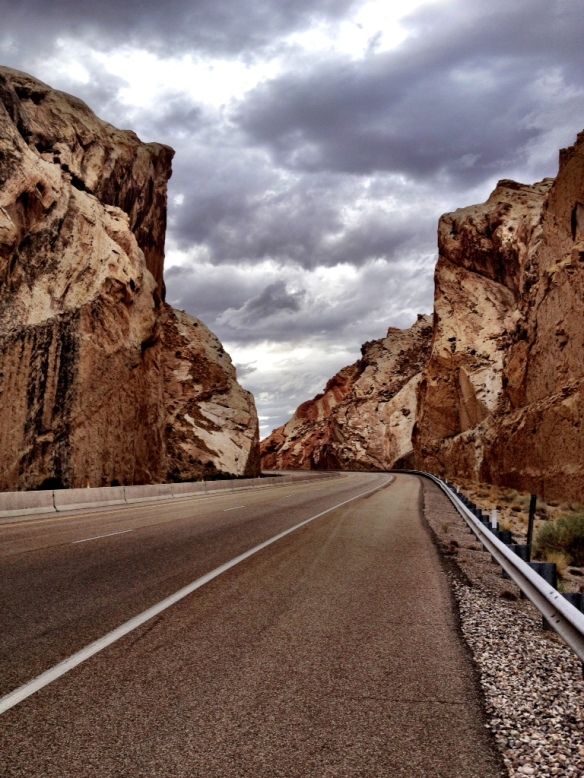 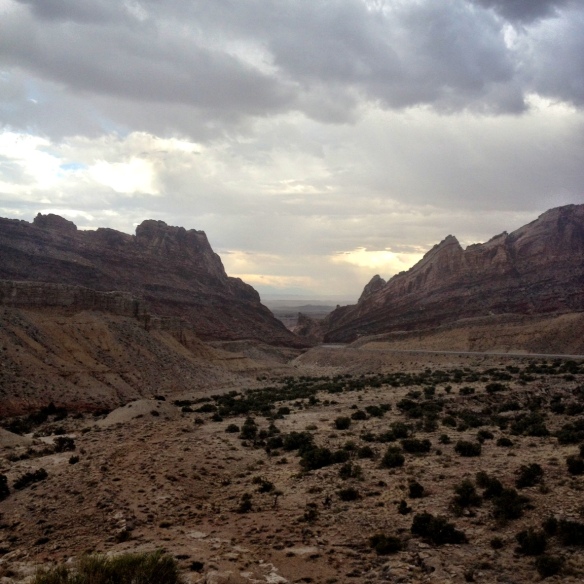 The  brothers spend the night in Salina. They rode two and a half days, 106 miles (171 km) since the last town, Green River. There were no stores between the two places, not even a lonely gas station. There were a few rest areas with an earth closet, but no water. The boys made sure they carried enough food, and they were happy they had purchased big water tanks in Grand Junction. Each of them had 3.5G (14L) of water, and they used up most of it. After spending the past few nights “sleeping in the dust” (Peter), they appreciate the comfort of a motel tonight.

We received pictures of Janos and Peter having fun “tent-flying”, at the beginning of the storm two days ago.

Below that see what we think is Peter’s most beautiful photo yet: Taken in Salina, sand storm + sundown + rainbow, all at the same time. He saw lightnings too, but wasn’t able to capture one. 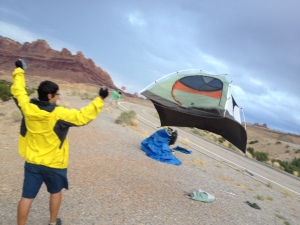 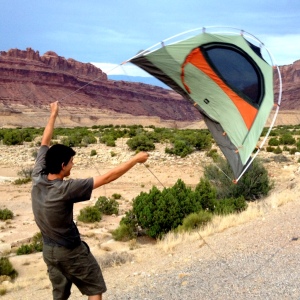 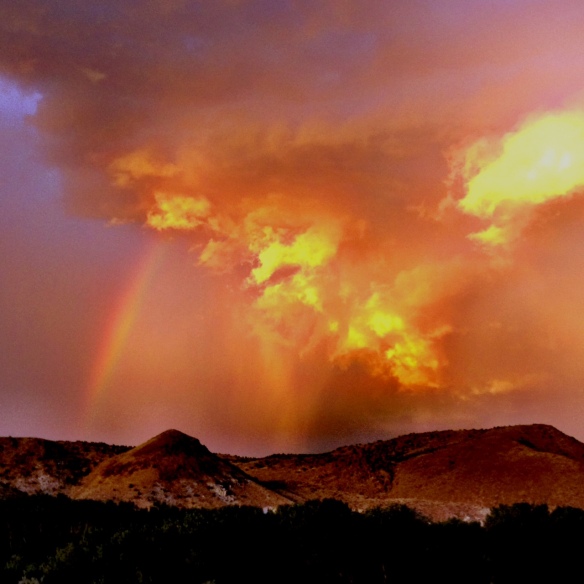 When entering the coordinates today, Google Map doesn’t even return a town or a “populated area”. Nothing is close to the brothers’ current location. (Yesterday’s title-town was suggested by Google, even though the brothers were 20 miles from there.)

Phone connectivity was pretty bad today too, but we were able to talk for a while. Janos said at first they kind of enjoyed the previous night’s storm: they were holding the tent a few feet high, by the ropes, and were playing kite flying for a while. Later as the wind grew very strong, they started to worry that the tent may get damaged.

Today’s terrain started with some of the hardest slopes of the trip. For several hours the boys were climbing 6% slopes. The weather was almost clear, mostly sunny and very hot, with some occasional drizzling. As they reached the top of the mountain, the weather on the other side was completely different. To their right side, sunny and calm. To their left, stormy with frequent lightnings, and rain so heavy they could not see too far into that direction. They also encountered strong headwinds. Usually, when downhill, they do over 35 mph without even pedaling. This time they pedaled hard yet only reached 15 mph.

Due to the lack of internet connection, we did not receive any pictures today. Here are some photos taken the past few days. 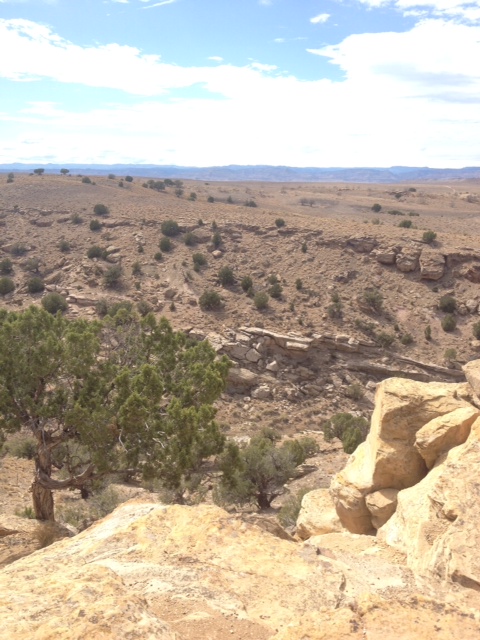 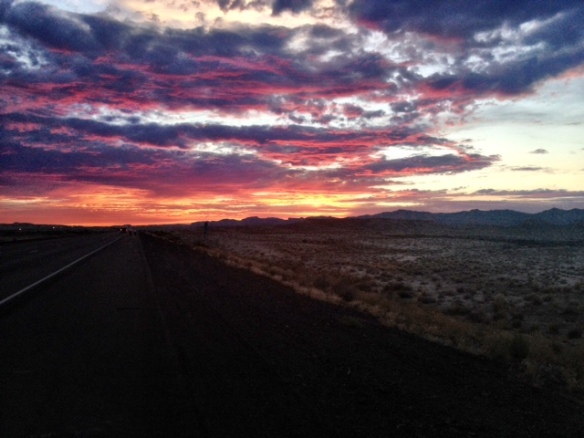